Skip to content
Press Enter / Return to begin your search.

With the announcement of Erdrick from Dragon Quest III (alongside other brave heroes) making it into Super Smash Bros. Ultimate as a fighter, excitement for the Dragon Quest series is at an all time high. Indeed, coupled with a daring announcement of a definitive edition of XI for the Nintendo Switch due out in September, Western interest in the traditionally Japanese centered franchise has been born once more.

Though Enix has tried many times to expand Dragon Quest (earlier named Dragon Warrior) in the West, to middling results. XI, the most recent entry, has done decently for a title with little promotion and will surely do even better with a perfectly crafted Switch edition – but it didn’t quite do well enough. If you were to look at all the entries in the franchise, which is even bigger than Final Fantasy in Japan and even has a holiday based around it, one would notice that most did not do well outside of Japan. VIII and IX were able to find global success: for VIII, it was due to having a demo of Final Fantasy XII bundled alongside it, and for IX, due to an extensive marketing campaign by Nintendo.

The rest have been bungled by poor release dates, coming out at the end of console generations, released with little to no fanfare, and ultimately left out to dry. Despite this, however, these are some great games that helped establish so many norms in gameplay that are taken for granted; with the first game essentially birthing the Japanese RPG. 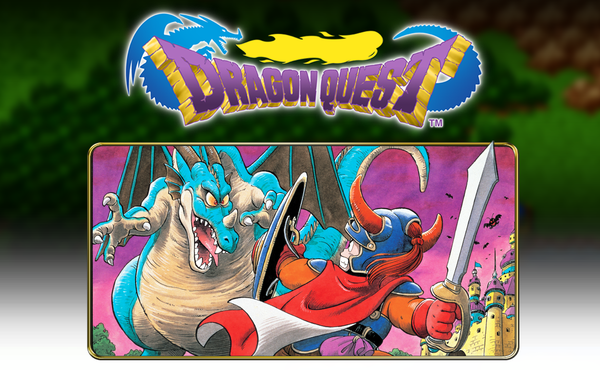 The first game is very simple. The lone hero doesn’t have a name but one can feel his determination as he goes out on a quest to save the world. Easy enough and it is pretty short overall. The world map works like a little mini-puzzle, where one has to talk to different people to figure out where to go next. It has a brisk and clean pace which works well with the phone, allowing one to pop in whenever on break or getting ready for bed (these games would be perfect for the Switch).

One can really see how this works as the foundation to what Japanese roleplaying games became – not just in the gameplay and spirit but in the art too. So much so that the main character artwork reminiscent of the original Warrior of Light from Final Fantasy. With a comfortable and clean atmosphere that never takes advantage of time, it can be replayed often and is easy to see why it was such a success at the time. 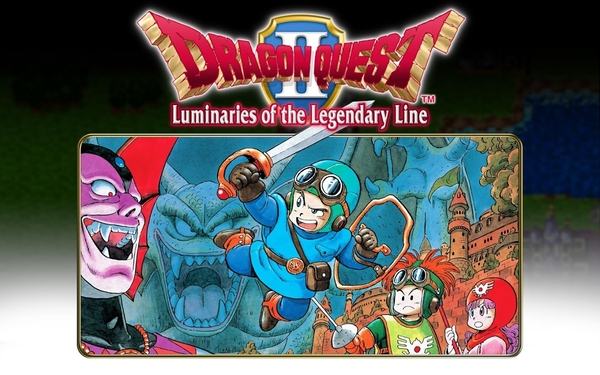 Dragon Quest II has a bit of a mixed reception. The original game was quite difficult, being one of the first “open world” games out there with very little information on where to go and what to do with some insane grinding sequences toward the end.  The latest mobile port made the final stretch a little bit easier than the original. There was more of an emphasis on exploration with you sailing across the world and finding new places (and palling up with the descendants of your original character from the first game – with three characters this time instead of one). The overworld that was known and loved from the first game? Turns out it is just a tiny chunk of a massive world with a bunch of towns, dungeons, and castles to explore.

Again, it is a simple game like the first one but adds party members and new powers to unlock. It only took a few more hours to beat compared to the first one but they have similar runtime. The story was also expanded a little bit with this one but nothing too drastic. 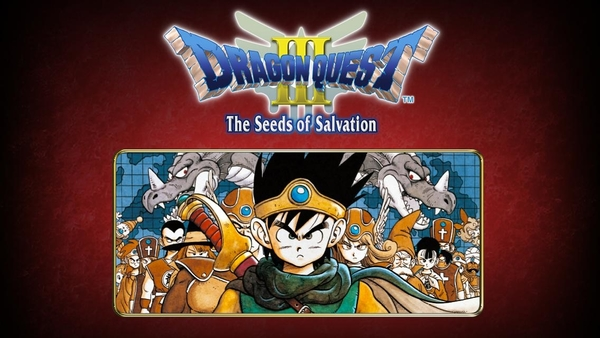 The holy grail, largely considered one of the greatest role-playing games of all time, and one of the most beloved games in Japanese history: Dragon Quest III. This one was a big change from the other two. The main character is a boy (though there is also an option to play as a girl) who is in pursuit of his missing father while also on a quest to save the world. It takes the best part of the first two games and blends them with new mechanics that creates an incredibly fun game. Everything starts to become a bit more complex with this entry but it is all for the better – it adds the job system which is a lot of fun with all the customization options, has a dynamic night/day system that changes so many aspects (including a beautiful music theme in towns), and allows you to choose whether the main character is a boy or a girl as well as their personality. It didn’t take long playing through this one before realizing that this really is a gem to this day – everything is so charming and warm and delightful to play through. This particular game is a prequel to the first game. Spoiler alert, but one of the most chilling and exciting parts of the game is when the main character is zapped into the region of the first game after it seemed like the game was over.

This one required a lot more grinding than the other two games. Especially in the final stretches against Baramos and Zoma (both bosses which seemed a lot more difficult than the final bosses in the first and second game). The bosses in general required more strategy and were difficult for the most part. Also unforgettable was finding a cursed item in a Pyramid and having to face a monster every. single. step. until the party was finally able to escape. Despite that though, this was a fantastic game that aged very well despite how old it is. If anything, some of the charm is through the blend of modern elements in an older game that was far ahead of its time.

Playing through these games gives one an appreciation for where the roleplaying genre started, specifically those that started on console, and provides a glimpse of where they went next. Just like Dragon Quest itself, there was a journey to get the genre to where it is at now – most widely known through Final Fantasy, Pokemon, Persona, Xeno, Tales, and the like – and it is a tale worth telling and experiencing.